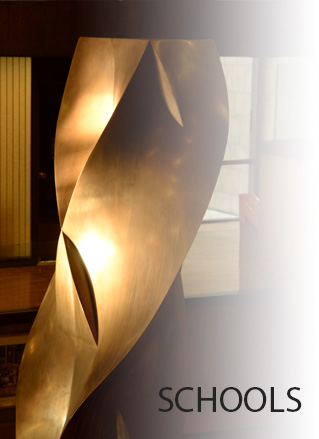 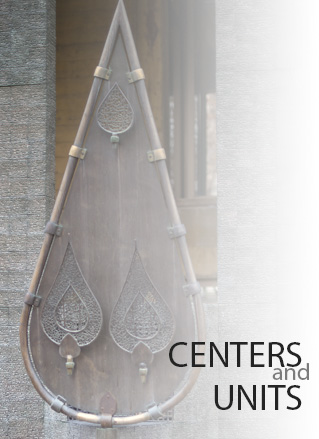 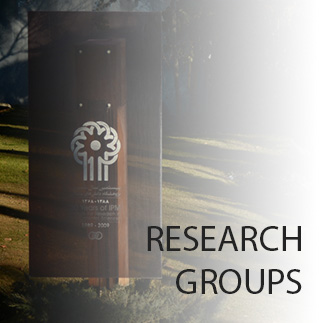 17
AUG
2022
SCHOOL OF PARTICLES AND ACCELERATORS
Wednesday Weekly Seminar - google meet
The effects of non-helical component of hypermagnetic field on the evolution of the matter-antimatter asymmetry, vorticity, and hypermagnetic field

We study the evolution of the matter-antimatter asymmetry ($\eta $), the vorticity, and the hypermagnetic field in the symmetric phase of the early Universe, and in the temperature range $100\ \mbox{GeV}\le T\le10\ \mbox{TeV}$. We assume a configuration for the hypermagnetic field which includes both helical and non-helical ($B_z$) components. Consequently, the hypermagnetic field and the fluid vorticity can directly affect each other, the manifestations of which we explore in three scenarios. In the first scenario, we show that in the presence of a small vorticity and a large $\eta_{e_R} $, helicity can be generated and amplified for an initially strong $B_z$. The generation of the helical seed is due to the chiral vortical effect (CVE) and/or the advection term, while its growth is mainly due to the chiral magnetic effect (CME) which leads to the production of the baryon asymmetry, as well. The vorticity saturates to a nonzero value which depends on $B_z$, even in the presence of the viscosity, due to the back-reaction of $B_z$ on the plasma. Increasing the initial vorticity, makes the values of the helicity, $\eta$s, and vorticity reach their saturation curves sooner, but does not change their final values at the onset of the electroweak phase transition. The second scenario is similar to the first except we assume that all initial $\eta$s are zero. We find that much higher initial vorticity is required for the generation process and, while the values of $\eta$s do not reach their saturation curves, final $\eta$s of order $10^{-9}$ are possible. In the third scenario, we show that in the presence of only a strong hypermagnetic field, $\eta$s and vorticity can be generated and amplified. Increasing the initial helicity, increases the final $\eta$s and vorticity. Although the values of $\eta$s do not reach their saturation curves, final values of order $10^{-7}$ are possible. We find that although the presence of a nonzero initial $B_z$ is necessary in all three scenarios, its increase only increases the final values of vorticity.

To get more information about the Combinatorics and Computing Weekly Seminar and webinars Zoom link, join the following google group:
https://groups.google.com/g/ipmccs

Abstract:
The extended Fermi-Hubbard model has recently been realized in an artificial lattice of dopant-based quantum dots in silicon [1], where it is shown that parameters such as the nearest-neighbor tunnelling amplitude and interactions can be effectively tuned using controlled placement of dopant atoms with atomic-scale precision. Access to low temperatures, the permanent nature of the systems, and the availability of measurement tools in a condensed matter setting make them an exciting new class of engineered artificial lattices to simulate Fermi-Hubbard models. In this talk, I will introduce the experimental setup and discuss the numerical results obtained for charge stability diagrams and low-temperature transport of small 3x3 arrays.
[1] Wang et al., arXiv:2110.08982 (2021)

Confinement remains one the most interesting and challenging non-perturbative phenomenon in nonAbelian gauge theories. Recent semiclassical (for SU(2)) and lattice (for QCD) studies have suggested that confinement arises from interactions of statistical ensembles of instantondyons with the Polyakov loop. In this work, we extend studies of semiclassical ensemble of dyons to the SU(3) Yang-Mills theory. We find that such interactions do generate the expected first-order deconfinement phase transition. The properties of the ensemble, including correlations and topological susceptibility, are studied over a range of temperatures above and below T_c. Additionally, the dyon ensemble is studied in the Yang-Mills theory containing an extra trace-deformation term. It is shown that such a term can cause the theory to remain confined and even retain the same topological observables at high temperatures.

Alongside ultrafast X-ray techniques, time-resolved ultra-fast electron microscopy, and diffraction will yield unprecedented insights into the rapid physical, chemical, and biological processes. We follow various imaging approaches with ultrashort, highly coherent electron pulses to investigate the dynamics of ultrafast structural phenomena. The Ultrafast electron diffraction (UED) technique, is a pump-probe experimental method based on the combination of optical pump-probe spectroscopy and electron diffraction. It is very similar to time-resolved crystallography, but instead of using X-rays as the probe, it uses electrons. In the UED technique, a femtosecond (fs) laser optical pulse excites (pumps) a sample into an excited, usually non-equilibrium, state. The pump pulse may induce chemical, electronic, or structural transitions. After a finite time interval, a fs electron pulse incident upon the sample. The electron pulse undergoes diffraction as a result of interacting with the sample. The scattered electrons will form a diffraction pattern (image) on a CCD camera. This pattern contains structural information about the sample. By adjusting the time difference between the arrival (at the sample) of the pump and probe beams, one can obtain a series of diffraction patterns as a function of the various time differences. The diffraction data series can be concatenated to produce a motion picture of the changes in the data.

.
10
AUG
2022
SCHOOL OF NANO SCIENCE
Weekly Seminar
Quantum contextuality of the radiation fields: Fundamental approach to the notion of correlations

×
.
Weekly Seminar
Quantum contextuality of the radiation fields: Fundamental approach to the notion of correlations

Kochen-Specker theorem is an abstract reasoning that derives fundamental statistical constraints imposed by a general class of hidden variable model of physical world.
These constraints are, however, violated according to quantum predictions, a property known as quantum "contextuality". We design a suitable test
of contextuality performed on radiation fields, acting as a strong nonclassicality witness of quantum light in the same spirit as Bell test.

Recently the island conjecture has gained a lot of attention in order to address the information paradox problem and a considerable amount of work has been done in numerous cases. We have studied two different setups in this context, flat space cosmologies and Kerr-de Sitter spacetime in three dimensions. It is argued that by coupling an auxiliary flat bath system at the timelike singularities of these spacetimes one can reconstruct the Page curve and namely solve the information paradox. Furthermore the relationship between the two island regions in these cases has been discussed.

High–mass stars are cosmic engines known to dominate the energetics in the Milky Way and other galaxies. However, they are very rare and their formation is still not well understood. High-mass, cold, dense clouds are the nurseries of high-mass stars. Mainly I will be discussing two projects that I am currently leading. One part of my talk will focus on a large systematic search for Cold Cores with ALMA (CoCoA). With a survey machine like ALMA, CoCoA aims to reveal the truly high-mass starless cores if they exist. SIMPLIFI is a SOFIA HAWC+ Legacy pilot program that is carrying out the first high resolution large-scale study of the magnetic polarization of filaments. Our understanding of star formation has been revolutionized by the insight that star-forming cores and hubs are embedded in complex filamentary networks that penetrate molecular clouds. Fragmentation as well as level of star formation within filaments differ greatly. Still, the exact role of filaments in star formation remains unclear. In particular, magnetic fields might play an important role, as indicated by well-ordered polarized dust emission that imply strong magnetic fields. The aim of SIMPLIFI is to clarify the role of magnetic fields in star-forming filaments, and provide a framework to “simplify” the diversity of filament properties. To join the seminar, please click on the following link

This seminar is open to the public


Abstract
In this talk, I will first briefly review generalized volume-complexity $\mathcal{C}_{\rm gen}$ which was recently introduced in [arXiv:2111.02429]. This quantity is an extension of volume in the Complexity=Volume (CV) proposal, by adding higher curvature corrections with a coupling constant $\lambda$ to the volume functional. Next, I will talk about the calculation of $\mathcal{C}_{\rm gen}$ for two-sided Hyperscaling Violating (HV) black branes in $d+2$ dimensions for different values of the hyperscaling violation exponent $\theta$ and dynamical exponent $z$. It is observed that $\mathcal{C}_{\rm gen}$ always grows linearly at late times provided that we choose $\lambda$ properly. Moreover, it approaches its late time value from below. I will also discuss the dependence of the growth rate of $\mathcal{C}_{\rm gen}$ on $d$, $\theta$, $z$ and $\lambda$. In the end, I will report our results for the complexity of formation obtained from volume-complexity and show that it is not UV divergent. I will also discuss its dependence on the thermal entropy and temperature of the black brane.

We present the radio frequency design of an S-band (2998 MHz) accelerating tube. The accelerator structure is a π/2 mode constant impedance traveling wave structure. This presentation details 3D and 2D electromagnetic design simulations using CST-MWS software and the SUPERFISH code. In a cavity, the beam is not the only energy absorber but It can behave exactly like an internal generator. When the beam current increases, the interaction between the beam and the cavity will be significant. The effect of beam in the excitation of accelerated modes is known as beam loading. These modes, in turn, can affect the energy increase of the beam passing through the cavity and its energy distribution. In this presentation, the beam loading effect for a constant impedance traveling wave accelerating tube in S band is simulated by CST software and the results are compared with the analytical relation of the beam loading voltage. The results show that by using these relations, it is possible to have a correct estimate of the loading value of the beam and to optimize the different parameters of the structure.

×
.
The 5th (Virtual) Workshop on Transient events and multi-messenger astrophysics

Abstract
I will describe some aspects of the "gravitational electric-magnetic duality". Then, I will show that the generator of this symmetry appears naturally in the net rotation caused by gravitational waves on the spin of a freely falling gyroscope. Then latter, which we call the "gyroscopic memory" is in principle observable.

×
.
The 5th (Virtual) Workshop on Transient events and multi-messenger astrophysics

scientific news in the media

A project to boost study of human brain

The Culture of Research and Scholarship in Mathematics